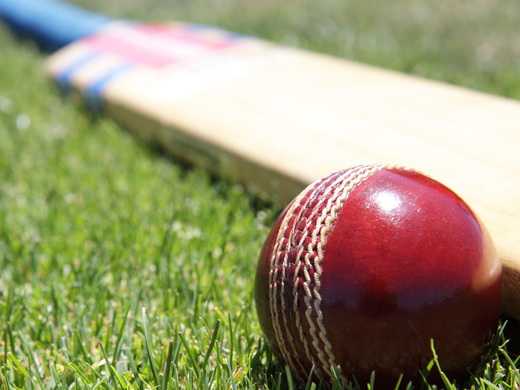 Pacific CC batted first and got off to a scary start losing 2 wickets in the very first over. Vinith Vikram
bowled the first over for Canary Wharf Royal CC. Krishna Balasubramanian kept it tight from the other
end as Pacific CC scored 10 runs in the first 5 overs. In the 6 th over of the innings, Vinith Vikram struck
again reducing Pacific CC to 11/3. Then, John Deighan and Tom Gane played patiently and took the
total to 58. Abhishek Banerjee bowled a devastating spell and ran through the middle and the lower
order taking 6 wickets for 8 runs in 8 overs. As wickets fell regularly from the other end, Tom Gane kept
his focus intact and scored a patient 50. The last wicket fell with the score at 112. Vinith Vikram took
the last wicket and finished with an impressive bowling figures of 5.1 overs, 9 runs for 4 wickets.

Chasing 113 to win, Canary Wharf Royal CC put up a solid batting performance with Charan Lochan
and Arjun Reddy scoring on all sides of the park. Kaleem Luthra got Arjun Reddy out for 21. Sid
Bhaskar and Charan Lochan then steadied the innings and took the total score past 100. With touching
distance from the winning total, both Sid and Charan fell in quick succession. Sandesh Kumar and
Abinav Kumar then took the Canary Wharf Royal CC to victory in the 19th over.

It was not a good day to be a batsman at a blustery Springfield Park on Saturday, where 16 wickets fell
for just 149 runs in a tense low-scoring game.
St Clements won the toss and opted to bat on a grassy, unpredictable strip and soon found themselves two
down for just four runs thanks to a blistering opening spell from Craig Raddon (2-26 from 6). Sikander
(23) and Afghan (13) briefly rallied, the former frustrating the Hackney bowlers with some risky shots
before skipper Edgar Maddicott (1-8 from 3) pulled a low full toss from his bag of tricks to bowl him off
his pads. Wickets fell regularly from then on with the Hackney bowlers hitting relentless lines and
lengths. Left armer Simon Trevethick (4-27) picked up the bulk of the middle order, leaving Jotham
Tonge (2-2) and Laurence Perry (1-9) to work their magic on the tail and give Hackney a seemingly
straightforward total to chase down.
The HCC chase started brightly, with Olly Wrighton (26) taking advantage of some charitable fielding to
find the boundary regularly. At 52/2 victory looked all but sewn up, but an over of carnage from Nadeem

(5-33) saw four wickets fall for just three runs, leaving Hackney sitting on a slightly less comfy 57/6.
Amid the clatter of wickets John Turner (19*) stood firm and, alongside Perry, negotiated tight bowling
from both ends with some impressively flexible defensive lunges. Turner eventually stroked the winning
runs to see Hackney home by four wickets and to maintain their unbeaten start to the season.

London Fields batted first, scoring some early runs before some tight bowling and a little movement off the pitch accounted for opener Paul Alexander and no.3 Paul Teasdale with the score 38-2. A solid stand between opener Tom Hughes (56) and number 4 Vijay Shah (86) upped the rate and saw a number of boundaries in spite of some committed fielding from Bloomsbury Royals. Bloomsbury opener Rehman kept up a tight, incisive spell to leave him with 3-38 off 8 overs, together with Veru (3.38) as Bloomsbury eventually removed Hughes and Shah and got into Fields’ lower-middle order. Thanks to some late hitting, Fields reached 256-8 off their 40 overs.

In reply, Bloomsbury were initially subdued by some tight bowling from Phil Clarke (2-20) and Chris Murphy, extracting good movement from the deck, and the former removing both openers for low scores. Solid stands and increasingly fluent hitting by Adam (38), Hiru (56) and Sumon JB (33) brought Bloomsbury back into the game and threatened to take them towards the target, before Jules Carrell returning for a second spell (3-53, and Rupert Ekblom (2-18) weathered some continued lower order hitting to take the final wickets, with Bloomsbury finishing on 221 all out, off 38 overs.