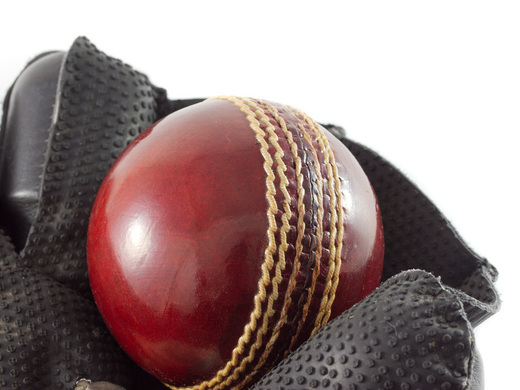 Jug avoidance reared its ugly head again at Springfield park on Saturday, where Hackney CC and Pacific CC played out the final group game of a truncated 2020 season.

With Pacific skipper Ben Stockton backing his bowlers and inserting Hackney to bat, the Hackney opener Ollie Wrighton was the guilty party, knocking a sparkling innings in short order, only to be caught in the deep on 99. A bit blue for Wrighton, but it proved to be a worthy and winning contribution, and set up Hackney’s middle and lower order for their own six-hitting competition with Zandy Macdonald, Ross Collington and all-rounders Jotham Tonge and Simon Trevethick seeing who could cause the most mayhem to unsuspecting passers-by with the long handle.

Chasing a daunting target of 285 to win, Pacific’s reply struggled to get off the ground amid a tight opening bowling partnership between Craig Raddon (0-29) and Simon Trevethick (3-20) who both bowled straight through their overs with no let up for the incoming batsmen. Hackney stalwarts Jotham Tonge (4 for 33) and Laurence Perry (1 for 20) then continued to tighten the screw on a deteriorating wicket and whittle away the Pacific middle order cheaply. Despite a late rear guard effort from the ebullient Nick Epstein (37*), the innings was wrapped up in the 38th over for 150 runs, giving Hackney a clean sweep of their group games this season.

On Saturday, London Fields (9/272) defeated I Don't Like Cricket (193) by 79 runs on an excellent late season deck at Millfields that provided good carry and some juicy bounce. Dhawal Sawant (70) and Paul Teasdale (62) led the way for the Fields against a strong IDLCC attack, whose openers Alex Collins (4/25) and Chris Brightwell (2/36) caused the Fields some early difficulties. The IDLCC innings started fluently with opener Ross Legg making 34 and ended with some lusty late order hitting from Jack Hope (57). In between, the Fields took regular wickets, with Sawant continuing his superb match with 2/48, Phil Clark taking 2/33, two run outs and the rest of the wickets shared evenly between the remaining bowlers.

On a warm September afternoon, an unusually prompt Royal Sovereign won the toss and captain-for-the-day Ken Willock decided to
bowl. A tight opening spell from bowlers Ike Elwin (2-50) & Devon Weekes (4-24) meant that Bloomsbury had only 14 runs off the first 6 overs, with Weekes claiming the wickets of opener Rana (8) and No3 batsman Hirv (14). First change bowler Joseph Allen (2- 26), unlucky not to take a wicket on his first ball, went on to remove two more of Bloomsbury’s top order batsmen. Some loose bowling and a Bloomsbury counter attack from all-rounder Sakil (32) brought them back into the game but with Mark Stephney (1-13) holding down an end, the runs dried up and the wickets eventually came as the opening pair of Weekes and Elwin were reintroduced. The final wicket of the innings - a stunning diving catch by wicketkeeper Ricky off Elwin’s last delivery of his spell.

Whilst being set a seemingly low total, the Sov were aware that they had to achieve the chase within 32 overs to win the bonus point needed to reach the play-offs. Despite a golden duck for his patner Beanie, opener Challo (20) made a solid start to the innings. Consistent, if not big, runs from Fazal (13) & Stephney (16) kept the Royal Sovereign scoreboard ticking over before Dwight Alexander came in to take the Sov home, playing some big shots over the straight legside boundary, reaching his 50 on the penultimate ball of the innings. The next ball sailed wide and down to the boundary as the Sov picked up the bonus point win.