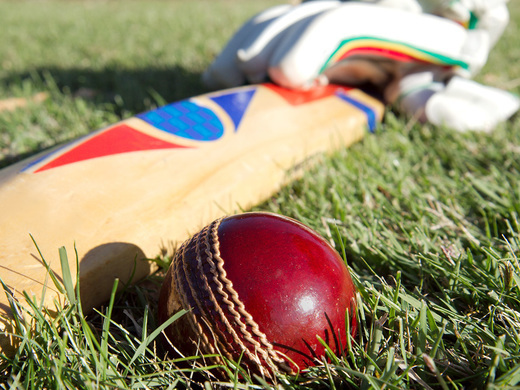 NELCL League Rules for 2021 are as follows -

•          A quick drinks break is available to the fielding side after 20 overs. If a wicket falls in the 20th over drinks shall be taken immediately

•          Each team has a responsibility to bowl their 40 overs within about 2 hours and 50 minutes. Much longer than this would be considered a bit lengthy; this equates to (just) over 14 overs per hour

•          It is the responsibility of the home team to provide match equipment, (though each team will provide their own league issued ball) and boundary markers. They are also responsible for removing and replacing the rope around the square and ensuring the pitch is ready to play

•          The League will provide one umpire per game who will umpire at the bowlers end. Square leg umpires must be from the 22 players, unless agreed by both teams. They are expected to umpire fairly, in the spirit of the game and to the laws of the game.

•          After each game, the umpires and captains will give the opposition a fair play rating out of 10, reporting this to the League Chairman

•          The NELCL disciplinary regulations set out a code of conduct and the procedure to be followed in the event of serious breaches of this code.

Scoring, wides and no balls:

•          The home team is responsible for ensuring a scoreboard is available

•          Each team captain must ensure that the scoring is done properly, with full bowling and batting figures, and full names used (using the team sheet provided by the opposition)

Runs awarded for wides and no balls:

•          The NELCL rule follows the Laws of Cricket, which state that a ball “will be considered as passing wide of the striker unless it is sufficiently within reach for him/her to be able to hit it with the bat by means of a normal cricket stroke” (Law 22.1.2). This is a judgement for the umpire to make

•          In order to deter defensive bowling, NELCL umpires will follow the strict interpretation of this law for balls down the leg side that is now commonly made in one-day cricket around the world. Most deliveries that pass the batsman on the leg side without hitting the stumps or touching the batsman will therefore be called as wides. The umpires will however be able to use their discretion not to call wide, for example if the striker has moved towards the off side and the ball has only just missed the leg stump, or if the ball passes so close to the batsman that it would be reasonable to suppose they had a good chance of hitting the ball

•          In addition to the standard No Ball faults, a ball above waist height without bouncing, or a bouncing ball at shoulder height will be given as a No Ball

•          You cannot be given out if the ball pitches outside the batsman's leg stump, even if it is going on to hit the stumps.

•          If a batsman has got a good stride in before being hit on the pad, he is generally given the benefit of the doubt

•          It is the WINNING team's responsibility to submit the match scores and result before midday Monday, to the webmaster and chairman

•          In the event of a tie or rained off/abandoned match, it is the responsibility of both teams to report this, or one point will be deducted

•          Final league positions will be decided on a head-to-head basis  in cases of ties on points.

•          A match is considered active after 15 overs of the second innings have been completed. After this, run rates are used to work out the result

•          Run rates will be calculated by dividing the total runs a team has scored in match by the number of overs they have faced. The number of wickets will not be taken into account when calculating the run rate of a team

Players representing more than one club

•          Players are expected to represent only one club during a season

•          Permission must be sought from, and granted by, the opposition captain if a team wishes to include a player who has previously represented another team in the same season. Where this is agreed, the player can bat below 6 (positions 7-11) and only bowl up to four overs

•          Additionally, if a player wishes to 'transfer' from one team to another, this must be notified to the League. Transfers are limited to one player per season.

•          To help with the above, all teams should email a list of players to the League Chair before the season starts.

•          Each captain will provide two team lists of their playing XI, before the start of the game, one to the umpire and one to the opposition, to assist with scoring, and also to improve the identification of players playing for multiple teams

•          A match is considered active after 15 overs of the second innings have been completed. After this, run rates are used to work out results

•          If the Umpire and both Captains feel that it is unlikely that a full match can be played then they can agree to play a reduced overs match, to a minimum of 15 overs per team. This might occur on a day when you are fairly sure that the heavens will open later in the afternoon. Weather forecasts are reliablie-ish, so please use your common sense.

•          London Fields - if the ball touches the branches of a tree on the full, it immediately counts as six runs

•          A team who needs to forfeit a match should let the opposition and League Chairman know by midday on Thursday, so that the opposition can try to organise a friendly on the pitch before the 6pm cancellation of the booking

•          If this deadline is not met, the forfeiting team will have to pay the opposition's half of the match fee.