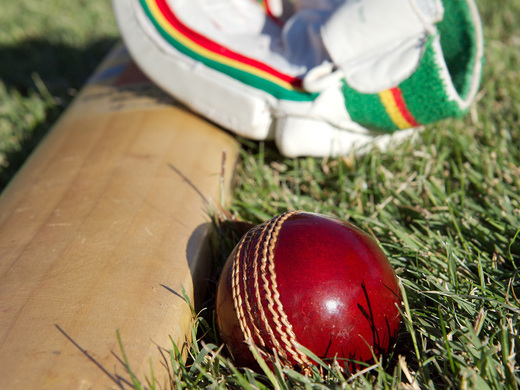 A healthy dose of sunshine saw all 3 fixtures going ahead in week 6 over the bank holiday weekend, after the wettest May since Noah.

A healthy dose of sunshine saw all 3 fixtures going ahead in week 6, after the wettest May since Noah.

On a swelteringly hot day, Pacific lost the toss and were put in to bat. A 222 run opening stand from Toby
Chasseaud and Mark Mehta looked to have set Pacific in good stead, and though further wickets fell as
batsmen looked to hit out in the final overs, the total of 292 looked like it would be hard for the 9 men of
Tower Hamlets to overcome. In reply, Tower Hamlets batted doggedly, special mention going to opening bat

Aayusk, who at 12 and a half years old played with a maturity and bravery that belied his age. Unfortunately
they fell short, with wickets spread around the Pacific bowlers, including three for skipper Garrett. Tower
Hamlets never let their heads drop in the face of overwhelming odds as they battled on with 2 players short.

It was an excellent game Bloody lads win the toss and chose to bet first. But Bloomsbury did some excellent bowling they couldn't make too much run in the first 20 overs they get 70/5. Atiqur Rahman did top bowling get 4 wickets on his 7.4 overs just give 24 runs also MR Jonny get 2 wickets on his 8 overs just given 28 runs overall Bloomsbury did some excellent blowing they manage to hold them on 169 all out. Only MR W Hudson Evans and MR M Bennett manage to make 35 runs each.

On the other end, Bloomsbury starts well we make 39 of 1 wicket MR Shohel Ahamed make some quick runs 25 of 21
but with 105 runs we lose 4 wickets Soleman and James did some excellent bowling and then MR Jonny comes and he
betted till the end and make excellent match-winning 59 not out.

Sunday afternoon. The Royals were playing after a hiatus of four weeks, thanks to the inclement English weather & questionable scheduling. The Ovals
won the toss & put the Royals to bat who opened with two technically sound batsmen, Charan & Jay. The ovals drew the first blood in what seemed like a
comedy of errors. A mix-up had both batters dashing to the same end of the wicket in what seemed like a survival of the fastest. The Umpire seemed to have
less faith in Jay’s ability to keep a proper count & as such, designated Charan for leg umpiring/scoring (pun intended).
Parth, playing his second NELCL match for the Royals came in at no. 3. The FORCE was strong with this one. Mr. Skywalker & Jay tried to steady the
ship before the latter was given leg before. One brought two when Dhrumil was judged caught behind. In came Nipak (“ND”), intent on redeeming himself
after being wrongfully accused of hiding behind a bush and feigning being late to get out of opening duties. Mr. Skywalker then scored a brilliant 73 before
getting out to an equally brilliant catch in the deep. But the day belonged to the Royal’s very own John Snow, a.k.a Sandesh, albeit this one had inarguably
higher IQ than the one from the show. The King in the North (East London Cricket League) unleashed hell scoring 56 of 24. Nipak & Sandesh remained
unbeaten, setting the Ovals 267 to chase.

The Royals started cautiously with their quickest, Vinith & Praneeth knowing they lost their last game in spite of setting 293 to chase. Jamie & Amir started
sensibly & added 40 for the first wicket. Vinith was particularly impressive & capped a brilliant first spell with 5 overs, 1 for 16. The next changes, Chetan,
Suraj & Dhrumil kept it tight albeit Jamie & Iqbal put away loose balls with regularity. The solid second wicket partnership got the Royals thinking. The
break came after the drinks break off of a bowling debutant, Jay. Taking the pace off the ball seemed to have done the trick. The morale was raised by a
brilliant run out by Charan & excellent fielding by Jay off his own bowling. The second innings, however, belonged to another bowling debutant Archit, a
right-handed leg spinner, bowling off spin, coming around the stumps. He seemed to have confounded both the batters & his teammates in equal measure.
Archit had Jamie stumped who departed soon after scoring a dogged 50 & scalped 3 others. The Ovals finished the day at 228 for 40 having lost 8 wickets.

Special thanks to the Royal debutants Parth, Jay, Archit & Suraj who excelled in their roles & got home the victory.