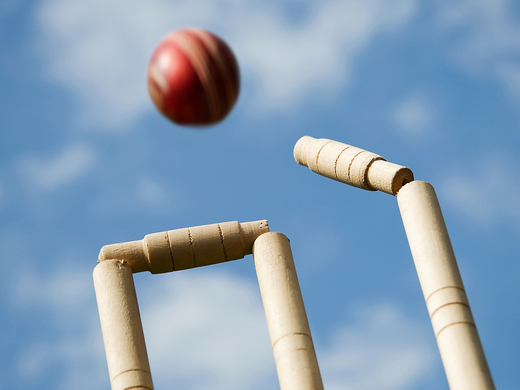 The North East London Cricket League is a friendly, self-managing league, which is proud of its tradition of  competitive, fair and friendly cricket on Hackney’s public parks. Clubs, captains and players are responsible for ensuring games are played according not just to the Laws of Cricket but to the Spirit of Cricket too. These disciplinary regulations are not intended to replace that responsibility, but to support it, in the light of the League now having an independent league umpire in each game.

League umpires are empowered by the League to take action to ensure fair play, according to the Laws and the Spirit of Cricket. To be supported by the League in this respect, umpires also need to be able to report incidents where players or clubs have not adhered to expected standards of fair play. The League therefore needs to set out regulations that specify these standards and a procedure to follow in the event of an umpire’s report.

Membership of the NELCL is dependent on clubs supporting these regulations and acting to ensure that their players play according to their provisions.

1. CODE OF CONDUCT AND SPIRIT OF CRICKET

1.1.1.The League is committed to maintaining the highest standards of behaviour and conduct at cricket matches both on and off the field. All clubs and players, by virtue of their membership of the NELCL, explicitly agree to abide by this code of conduct, which incorporates the Spirit of Cricket, and are bound by the provisions in these regulations.

1.1.2. The major responsibility for ensuring fair play rests with the captains, but extends to all players and umpires.

1.1.4. Players shall not intimidate, assault or attempt to intimidate or assault an umpire, another player, or a spectator.

1.1.5. Players shall not use crude and/or abusive language, nor make offensive gestures or hand signals, nor deliberately distract an opponent.

1.1.6. Players shall not use language or gestures that offend, insult, humiliate, intimidate, threaten, disparage or vilify another person on the basis of that person’s age, race, religion, sexual orientation, colour, descent or national or ethnic origin.

1.1.7. Players shall not make any public comment which is detrimental to the interests or reputation of other participants, the League, clubs or umpires. Nothing in this provision shall prevent any comment which constitutes honest opinion in regard to cricketing matters and which is made in a fair and respectful manner.

1.1.8. Players shall not disclose or comment upon any alleged breach of this code (save as necessary to implement the provisions of these regulations) until the outcome of any disciplinary process initiated under these regulations has been finally disposed of.

1.1.9. Clubs must take adequate steps to ensure the good behaviour of their players and supporters.

Cricket owes much of its appeal and enjoyment to the fact that it should be played not only according to the Laws, but also within the Spirit of Cricket. The major responsibility for ensuring fair play rests with the captains, but extends to all players and umpires. Cricket is an exciting game that encourages leadership, friendship and teamwork, which brings together people from different nationalities, cultures and religions, especially when played within the Spirit of Cricket.

1.2.1. There are Laws which place the responsibility for the team’s conduct firmly on the captain.

The captains are responsible at all times for ensuring that play is conducted within the Spirit of the Game as well as within the Laws.

In the event of any player failing to comply with the laws relating to Player Conduct or Unfair Play the umpires shall summon and inform the offending player’s captain that an offence has occurred and will request that the captain take appropriate action.

Captains and umpires together set the tone for the conduct of a cricket match. Every player is expected to make an important contribution to this.

According to the Laws, the umpires shall be the sole judges of fair and unfair play. If the League Umpire considers an action, not covered by the Laws, to be unfair, he/she shall intervene without appeal and, if the ball is in play, call and signal Dead ball and implement the procedure as required.

1.2.3. League Umpires are authorised to intervene in cases of:

•       Any other action that they consider to be unfair.

1.2.4. Respect is central to the Spirit of Cricket

•       Respect the captain, team-mates, opponents and the authority of the umpire

•       Create a positive atmosphere by your own conduct, and encourage others to do likewise

•       Show self-discipline, even when things go against you

•       Congratulate the opposition on their successes, and enjoy those of your own team

•       Thank the umpire and your opposition at the end of the match, whatever the result

•       Cricket is an exciting game that encourages leadership, friendship and teamwork, which brings together people from different nationalities, cultures and religions, especially when played within the Spirit of Cricket.

There is no place for any act of violence on the field of play and if reported and guilty this act will be dealt with as a Level 2 offence as set out in the Appendix.

Failure to comply with the provisions of the code of conduct may lead to disciplinary action by the NELCL.

2.1. A breach of these regulations occurs when:

a)      Any player in the course of, or in connection with a match, offends against the code of conduct or acts at any time to prejudice the good name or interests of the League

b)     Any club fails properly to control or discipline its players or acts in a manner prejudicial to the good name or interests of the League.

2.2. Any player or club committing such a breach shall be liable to penalties in the manner prescribed in this document.

2.3. A breach of the code of conduct will normally be categorised as Level 1 or 2 as set out in the Appendix.

2.4.1. Only League Umpires are able to act on and report breaches of the code of conduct.

2.4.2. In the event of any perceived Level 1 or 2 breach of the code of conduct in a match, the umpire should warn the player as to his future conduct and advise him and his captain that they will be submitting a formal disciplinary report.

2.4.3. In all instances of any perceived Level 1 or 2 breach, the umpires should complete a formal disciplinary report.

2.4.5. Notification that a report is to be submitted following any alleged breach of the code of conduct must first be advised, whenever practicable, by the umpire to the player and his captain on the day of the alleged offence, prior to leaving the ground.

3.1. The NELCL Chairman shall, as soon as reasonably practicable, inform the captain of the club against whom the complaint has been made.

3.2. In the case of a first Level 1 breach,  the Chairman shall issue a written warning to the player or club, via their captain, as to their future conduct.

3.3. In the case of a reported Level 2 breach, or of a Level 1 breach by a player who has been reported previously, the Chairman shall convene a disciplinary panel of at least two people, none of whom should be connected with the player, the club or their opponents at the time of the alleged breach, or a club which might directly benefit from any disciplinary action.

3.4. The panel will decide its course of action, before the end of the week following the match in which the reported breach occurred, between one of the following:

•       No action to be taken, except to record the complaint and notify the club.

4.1. For Level 1 breaches, following an earlier written warning, one or more of the following penalties can be given

•       To ban the player for between one and six matches, or for a stated period of time.

4.2. For Level 2 breaches, one or more of the following penalties can be given (though see also 4.4):

•       To ban the player for between one and eleven matches, or for a stated period of time

4.3. In the case of a club being reported, or if a club is seen to be in breach of the regulations following the report of a player, one or more of the following penalties can be given (though see also 4.4):

4.4. In the case of breaches involving violence, repeat offences, or serious and continuing failures by clubs to control their players, the following penalties are also available, though can only be imposed by a disciplinary panel of at least three members, one of whom must be the NELCL Chairman:

4.5. Panels will take the following factors into account when determining the penalties to be imposed:

•       Where there has been an appeal, if that appeal is considered to be spurious.

5.1. Players and clubs can appeal when penalties have been imposed, in which case the captain of the club concerned needs to email the NELCL Chairman within seven days.

5.2. On receiving an appeal, the NELCL Chairman will convene a new panel, of at least three members, including himself, who will convene and be present at a hearing to decide upon the appeal. None of this panel should be connected with the player, the club or their opponents at the time of the alleged breach, or a club which might directly benefit from any disciplinary action.

5.3. The player or club concerned will receive at least seven days’ notice of the hearing.

5.4. The player or club shall be entitled:

5.5. The NELCL Chairman needs to be informed at least 48 hours in advance by the captain of the club involved of anyone who will be attending the appeal hearing.

5.6. Following the hearing, the panel will make its decision on the appeal, which will be final. This will be conveyed by the NELCL Chairman to the captain of the club concerned.

Certain conduct, whether on or off the field of play, amounting to a breach of the Laws of Cricket and/or the Spirit of Cricket has been categorised into two levels which are set out below:

•       showing dissent at an umpire’s decision by word or action

•       using language that, in the circumstances, is obscene, offensive or insulting

•       advancing towards an umpire in an aggressive manner when appealing

•       making inappropriate and deliberate physical contact with another player

•       throwing the ball at a player, umpire or another person in an inappropriate and dangerous manner

•       using language or gesture to another player, umpire or spectator that, in the circumstances, is obscene or of a seriously insulting nature

•       causing avoidable damage to the pitch

•       any other misconduct, the nature of which is, in the opinion of the umpires, equivalent to a Level 1 offence.

•       intimidating an umpire by language or gesture

•       threatening to assault a player or umpire

•       Deliberately bowling a non-pitching delivery which is deemed dangerous and unfair in accordance with Law 41.7.

•       making inappropriate and deliberate physical contact with an umpire

•       physically assaulting a player or any other person

•       committing any other act of violence

The conduct listed above cannot be considered to be exhaustive.