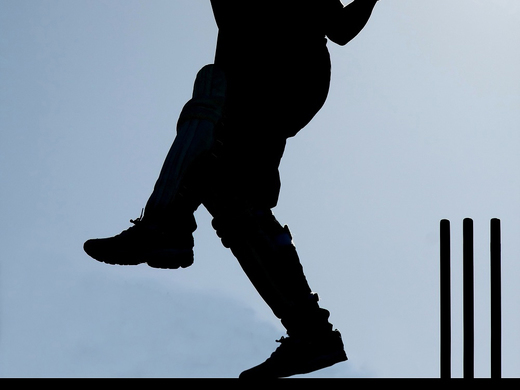 NELCL Week 7: Wins in the sun for St. Clements, London Fields & The Camel

On a pleasant afternoon Springfield Park was the scene for the contest between The Passage and St Clements CC. St Clements won the toss and elected to field.

A dream start for St Clements as the very impressive Adnan Javed bowled Tom Higginson with the first ball of the innings. Adnan Javed continued to terrorise the top order as things continued to get worse for The Passage as they were reduced to 2-4. Adnan was well supported by fellow opening bowler Jay Sikander ( 2-19 from 5 overs).

The bowling of Adnan was sensational and a match winning performance as he finished with 5-26 in 6.1 overs. Nadeem was also very economical with 2-7 in 2 overs picking up the wickets of the 2 dangermen.

Some tight bowling from Neo Sule Legbe (2-11) and Ikraj Khan (2-13) gave The Passage hope but Arslan Javed (32) led the fight back and helped drive St Clements on to win by 5 wickets in 16 overs.

On a hot, muggy day on Hackney Marshes, Camel skipper Sam Berkson won the toss and put Tower Hamlets into bat. Some tight bowling to begin with had Tower Hamlets 39-2 after 6 overs, but with Amshid Haneeta showing some great hitting, the batting team kept the score ticking over. By drinks Tower Hamlets were 128-5, with Kit Caless and Andew Miller each having taken 2 wickets and Max Sedgley one. It was the after the break that Tower Hamlets really accelerated, however, Haneeta eventually out for 74. An excellent undefeated 68 from Rohin Miah, who put on 81 with Omar Shafi (32), and some immense hitting in the last few overs from Shri Chirra (26*, including 4 sixes), set Camel a target of 293. Miller finished with 2-46 and Caless 2-51.

Despite the early loss of Dave Melia with 13 on the board, Camel got off to a flier, some tight bowling from the young Dowood Chirra notwithstanding. Camel opener, Sambit Roy, struck 56 in just 24 balls, including 6 fours and 3 sixes, meaning that after 8 overs Camel were 74-2 and above the required rate. It was then that Hugo Borren and Matt Hoslin settled into a 136 run partnership in 22 overs either side of drinks, breaking the back of the chase. Tower Hamlets’ fielding was of a high quality but despite using 8 bowlers they could not get the wickets they needed. Two young bowlers, Chirra and Shafi, showed great discipline in bowling tight lines and making it hard for the batsmen to score.

When Hoslin was out for 44, Camel still needed 83 runs from the final ten overs. The game could have gone either way. However, Borren kicked on, ably supported with some big hitting from Marcus Weekes, Nabil Umrani and Alex Patten and although Borren was eventually out for 115, lbw to Chirra, it fell to Umrani and Patten to see Camel home for their first league win of the season, Umrani finishing with 30 off just 14 balls with 3 sixes.

It was a day for batsmen on a ground with a short boundary, a fast outfield and a relatively even wicket. Both sides competed well and took the game right to the wire. An outstanding century from Borren in the end proved the difference.