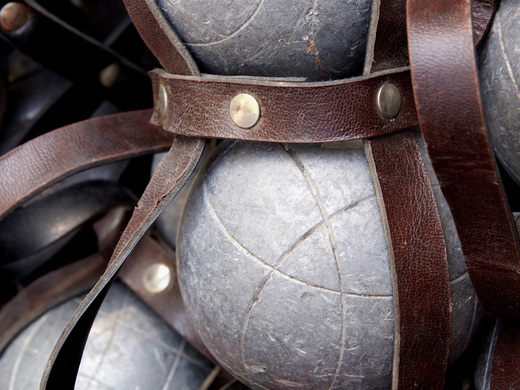 Upon winning the toss, Bloomsbury indicated their positive intent by opting to bat first on a greenish wicket at Springfield Park. Despite some fluid stroke-play from Bloomsbury, wickets fell regularly with Phil Clark taking 4 for 28 (8 overs), and Ben Sanders snaring 3 for 35 (7 overs). For Bloomsbury, Sohel struck an aggressive and well compiled 40 in a total of 116 all out.

In reply, London fields successfully chased down the target ending on 121 for 3 off 24 overs. Sam Elgar scored an assured 29 in his debut, and Tom Hughes played watchfully for 24 before both were removed by sharp bowling from Din who claimed 2 for 13 (6 overs).

On a warm Saturday at Millfields Park, Camel won the toss and skipper Sam Berkson elected to bat. He might have started to wonder about that decision when Clapton & Oval’s opening bowlers proved a challenging prospect on a wicket with variable bounce and movement. Ismail Matvad bowled straight through, and although he served up eight wides, only 16 runs came off the bat from his 8 over spell. In the game’s third over, he bowled Camel opener, Firoz Nalu Purappattil, and with Taha Abrar also threatening from the other end, Camel’s Saif Khaled did well to hit four 4s in a 28 ball 21, until Abrar trapped him lbw.

Riz Choudhry replaced Abrar and the pressure continued. Matvad produced a near unplayable delivery, jumping from a good length on a pitch that had otherwise kept low, and forced Camel’s top run scorer this season, Matt Hoslin, to glove behind for an eleven ball duck. When Marcus Elwyn went first ball, edging Riz Choudhry to the keeper with an ill-advised drive (to the elation of his former teammates), Camel were in some trouble at 56-4. That they recovered was mostly down to Kiwi cousins Hugo Borren, who made 28 until he was bowled by the tricky left arm spin of Ankit Chandna, and Seb Buddle, who hit six powerful 4s and a 6 in an increasingly confident, run-a-ball 49 not out. Partnerships of 37 with Marcus Weekes for the 7th wicket and 43 with Jamie Cox, helped Camel to a total of 183 all out, Buddle running out of partners one short of his second 50 of the season. Chandna finished with 2-21 from his seven overs.

Given the conditions it seemed like it might just be enough, especially after Berkson and Buddle ripped out the top order to have Clapton 29-3 after 10. However, Matvad, coming in at 5, played watchfully and correctly and, with the help of debutant, Sam Oliver, the Clapton middle order were playing the pace of Buddle well and looking to prosper against the change bowlers. Then, Oliver, who had hit four 4s in his 19, charged Cox, who saw him coming and fired his delivery wide of off stump. Wicketkeeper, Rich Hagan, took the ball cleanly and immediately threw down the wickets, leaving Oliver stranded.

Matvad and Lachie Macara saw Clapton through to drinks with the score on 89-5 and the game still in the balance. After the break, however, Max Sedgly bowled Macara with a beauty that hit the top of off-stump and when Elwyn trapped the resolute Matvad for 34, it was only a matter of time, Nalu Purappattil wrapping up the last two wickets in his nine ball spell.

It was a close, competitive game played in a great spirit and a good advert for NELCL cricket.

A blustery and overcast day met The Passage CC and I don’t like cricket CC at Hackney marshes on Sunday. With a flat track, a quick outfield and short boundaries the stage was set for some big totals and plenty of runs on offer.

IDLC CC won the toss and put The Passage in to bat with only a sprinkling of players to choose from to go to the top of the order. Jonty Dexter and Joe Galatti opened the batting and started at quite a pace, reaching 42 off the first 5 overs before the the latter departed. The pace was kept up and the hundred mark was reached for the loss of 2 wickets after just 13 overs. This allowed the Passage’s middle order to pick the gaps and stroke the ball around to great effect to amass a total of 245 of the reduced 37 overs.   Contributions all down the order with Jonty Dexter top scoring on 45 followed closely by a very classy innings by Amit Gudka with 42.

The Passage started well in the field with a couple of quick wickets thanks to some fine quick bowling from Joe Galatti who ended up with a 5 for and had the IDLC CC batters in all sorts of trouble throughout their innings. IDLC CC fought back though with a huge partnership in the middle order and suddenly the game was in the balance. Once the partnership was broken however, The Passage made light work of the remaining batters to seal a comfortable win.