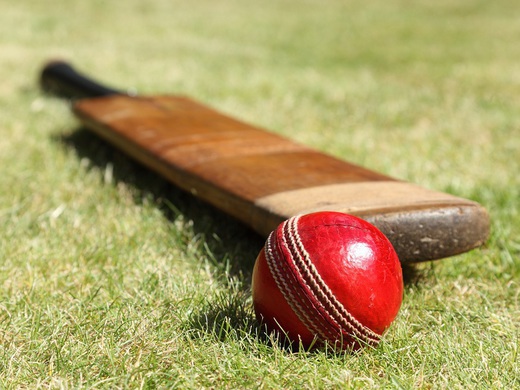 Playing the last league game of the 202, last year's runners up Canary Wharf Royals Cricket club, went head to head with St. Clements CC. Having a particularly hard season, CWRCC were desperate for a win which wouldn't be easy against the in-form St. Clements who had lost only one game this season. As the holidays (and the India-England game at Oval) kept most of the regulars occupied, CWRCC struggled to find players before managing to field 11 with 2 debutants and the captain playing with a broken finger intending to hide at fine leg while fielding. Even with an overcast weather and concerns about the light later in the day, it was decided that a 40 over game would be played, giving the team batting first a slight advantage.

After winning the toss St. Clements CC decided to bat to no one's surprise. Vinith Vikram drew first blood in no time with an in-swinging yorker using the shiny new ball and overcast conditions. Arshlan Javed and Javed Akhtar showed some resistance collecting the odd boundaries as CWRCC maintained pressure. Arslan drove one straight in the hands of the cover fielder, off James Everdell, after playing some good shots to score 34. Batting at number 4, Afghan Khan played sensibly as he scored his fifty primarily in boundaries. The CWRCC bowlers leaked a lot of extras which helped the batting side as drinks were taken at the end of 20th. After the break, captain Chetan Soni bowled a tight spell picking up 2 wickets off his 4 overs. Krishna Balasubramanian, Abhiijit Guchhait chipped in with 1 wicket each. A few fielding blemishes and dropped sitters gave the batsmen some support as they took the score past 200. There were few notable scores in the middle from captain Stacy HIllyer(20) and Nadeem Akhtar(34). Opening bowlers came back for their second spell to finish off the innings. Vinith Vikram clean bowled Stacy and James Everdell struck thrice in his last spell to end the innings with 4 wickets under his belt. Debutant Viren bowled a very tight economical spell but went wicket less. The extras column looked horrible as CWRCC were far from being disciplined. The home team had set a decent target of 240 in 40 overs.

CWRCC started the innings with a left-right combination, but 2 quick wickets put them on the backfoot. Both opening bowlers for St. Clements CC picked a wicket a piece as they bowled tight lines with good pace. Abhijit Guchhait came in looking to stabilise while managing the scoreboard pressure and had a decent partnership with opener Krishna Bala to bring some solidity to the innings. Occasional boundaries and sixes kept the run rate ticking. When things were looking brighter Krishna was trapped in front of the wicket off spinner Afghan Khan’s bowling. To steady the ship, debutant Ratikant Dwibedi came into the middle and had a very important partnership with Abhijit with a required rate of 7 an over. Singles, doubles and boundaries kept flowing along with a few power hits which kept CWRCC in the hunt. Abhijit reached his fifty  as the duo took the team past the drinks with steady batting. With 90 still needed off 14 overs, Ratikant was caught off Yasir after scoring a valuable 33. Hitter Muhammed Anas came to the middle and wasted no time before going for his big shots to bring down the rate. Abhijit was well set and started manufacturing shots as sixes and fours started raining from both ends and CWRCC were marching towards the finishing line. Anas played his part and departed but only after hitting 4 sixes in his quickfire 28 bringing down the required rate below 6 an over. James Everdell arrived at the crease and he needed no sighters as James started to muscle the ball hitting a six of his second delivery. On the other end, Abhijit completed his maiden 100 with an anti-climatic single, after hitting 7 sixes and 11 fours. The match was already in the grasp of the Canary Wharf Royals CC by now. Afghan Khan was the pick of the bowlers picking up 2 wickets in his 8 overs for 31 runs. Abhijit stayed unbeaten on 113 as the batting side finished the match with 5 overs to spare to end the season on a high with a much needed victory.

On a tricky deck with a very short boundary at Springfield Park, the Cockerels of Clapton took the spoils in a low scoring match against Royal Sovereign.

Winning the toss and choosing to bat first in overcast conditions, opener Adil Bhatti made the most of the variable bounce and tonked his way to a quickfire 38, against some excellent opening bowling by the Sov, with both opening bowlers conceding only 48 runs from their 8 overs. A middle over collapse by Clapton offered Sov some hope, with Ray Damaze marshalling his troops effectively and backed up by some penetrative and at times unplayable bowling by his first change bowlers. Clapton’s 3-6 off just 29 runs to the score, but some timely lower order contributions by Anand Venkatasamy, Lachie Macara and Ismail Matvad saw the Cockerels reach 161, before the tail fell over in a heap.

Just over par then, and Royal Sov made a hot start, Mikey and Luke racing to 36-0 off the first 6 overs, helped by some poor catching by the home side. Clapton’s Superman Ismail Matvad soon came to the party in the seventh over, notching up wickets in successive overs to stem the Sov’s victory charge. From thereon, tight bowling and great catching by skipper Taha Bokhari, alongside first innings heroes Macara and Venkatasamy, bought wickets at regular intervals and the win was secured in a 2 ball blitz by the team antipodean, Macara, in the 24 over.

Tower Hamlets cc won the toss and batted first & lost their first wicket quickly but they managed to score 123/3 off 20 overs and after drinks they came back strongly; managing to make a big total of 253/8, with Imran Patel and Ruhin Miah making excellent 51,50 respectively.

Bloomsbury Royals CC innings started positively with openers Shohel Ahmed and Din Islam making 59 and after 20 made 146. Md A Rahman (Rana) and Shohel Ahmed made an excellent partnership of 87 runs, with Shohel Ahmed out on 79. A H M Hiru and A Rahman gave another match winning partnership after we lost some quick wickets but managed to chase down 254 off 38.2 overs for 7 wickets.