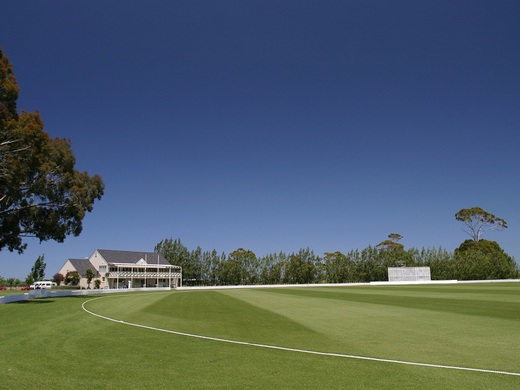 London Fields skipper Vijay Shah won the toss and elected to bowl first on a green and moist Millfields pitch. His decision was rewarded almost immediately as the diminutive Ben Sanders took two wickets in the 4th over of the match to set himself on his way to a remarkable 6 wicket hall. Combining late swing and dip with a relentless line, Ben tore through the Tower Hamlets – rattling stumps and forcing batsmen into rash shots in the air.

Tower Hamlets had moments when they looked as if they were going to set a decent total but were pegged back by a steady flow of wickets.

Set 100 to win, London Fields started with aggression and cruised their way to 40 without loss before the introduction of spin slowed the scoring rate. Ayush and Rahat caused both openers problems – beating the bat consistently before Ayush bowled Chris Rice for a well-made 20. This brought Lucas Evans to the crease who combined superbly with Alec McCrindle (46*) to chase down the total and deliver the title to London Fields for the first time since 2019.

Springfield Park saw an interesting match contested between Pacific and Clapton & Oval, which would ebb and flow in one team's favour and then the other as the afternoon went on.

Batting first, Clapton found the going very tough as Jithin George (4 for 36) and Hishaam Siddiqui (2 for 27) bowled with decent pace on a wicket that resembled a minefield, with balls popping viciously and creating divots. After both opening batsmen fell early, No 3 Adil Bhatti (15) hit three fours in the same over before being caught tidily when blasting one at Toby Chasseaud at cover and Clapton would soon find themselves in big trouble at 38 for 5.

In the middle to lower order, Amir Khan (18), Mohammed Iqbal (12) and Ismail Matvad (16) made handy contributions as Clapton recovered somewhat to 100 for 9.

When it was their turn to bat, Pacific found the new ball as difficult to face as Clapton had. After being hit in the throat by a ball that popped dangerously, Jasbir Basi battled his way valiantly to 10 against the triple-pronged pace attack of Matvad (2 for 27), Yousaf Khan (1 for 22) and Freddie Clark (0-22). Given the uneven bounce it is a wonder that they didn't take more wickets. But Randheer “Reny” Ponnamkunnath, in at No 4, batted with composure and controlled aggression to make 45 with shots all around the park. No 5 Nick Epstein only made three but helped to build a productive partnership as he kept Reny company. Rizwan Siddiqui hit 33 including a big six over long off, before being caught at long on. Wicketkeeper Mutz Siddiqui made a useful 11 not out although he had to be admonished for running out his nephew Hishaam who had looked very good for his five. Nerves were high at the end but this didn't seem to affect No 10 Ratta, who hit a glorious straight four to see Pacific home with an over to spare and two wickets remaining.

In the last league match of the season old friends Bloomsbury Royals and Hackney CC met at the marshes to squeeze out the last of cricket and summer sun.

HCC won the toss and got off to a measured start with the bat, but the Bloomsbury Royals opening bowlers made regular inroads in the top order on a two-paced pitch. That brought Edmund Maddicott and Jotham Tonge to the crease to stem the flow of wickets and settle into a rhythm. With some energetic running and the odd lusty blow things were looking reasonable at 100-4 at drinks. The fall of Tonge then prompted a mini collapse to leave HCC in danger of posting a below-par score. Debutant Rahil Zaman came to the crease seven down to rebuild the innings with the judicious Maddicott. After a watchful few overs, Zaman opened up with some big boundaries to bring the score to a competitive 188-8 at the change of innings.

The Royals’ reply was immediately in tatters when the evergreen Robert Perrett took both openers in the first over. With wickets falling regularly and shared around the HCC bowlers, the Royals never looked like threatening the chase, despite some lower order resistance. With Zaman taking 3 for 21 to round off a brilliant all-round performance with bat and ball, Bloomsbury succumbed in the 26th over.